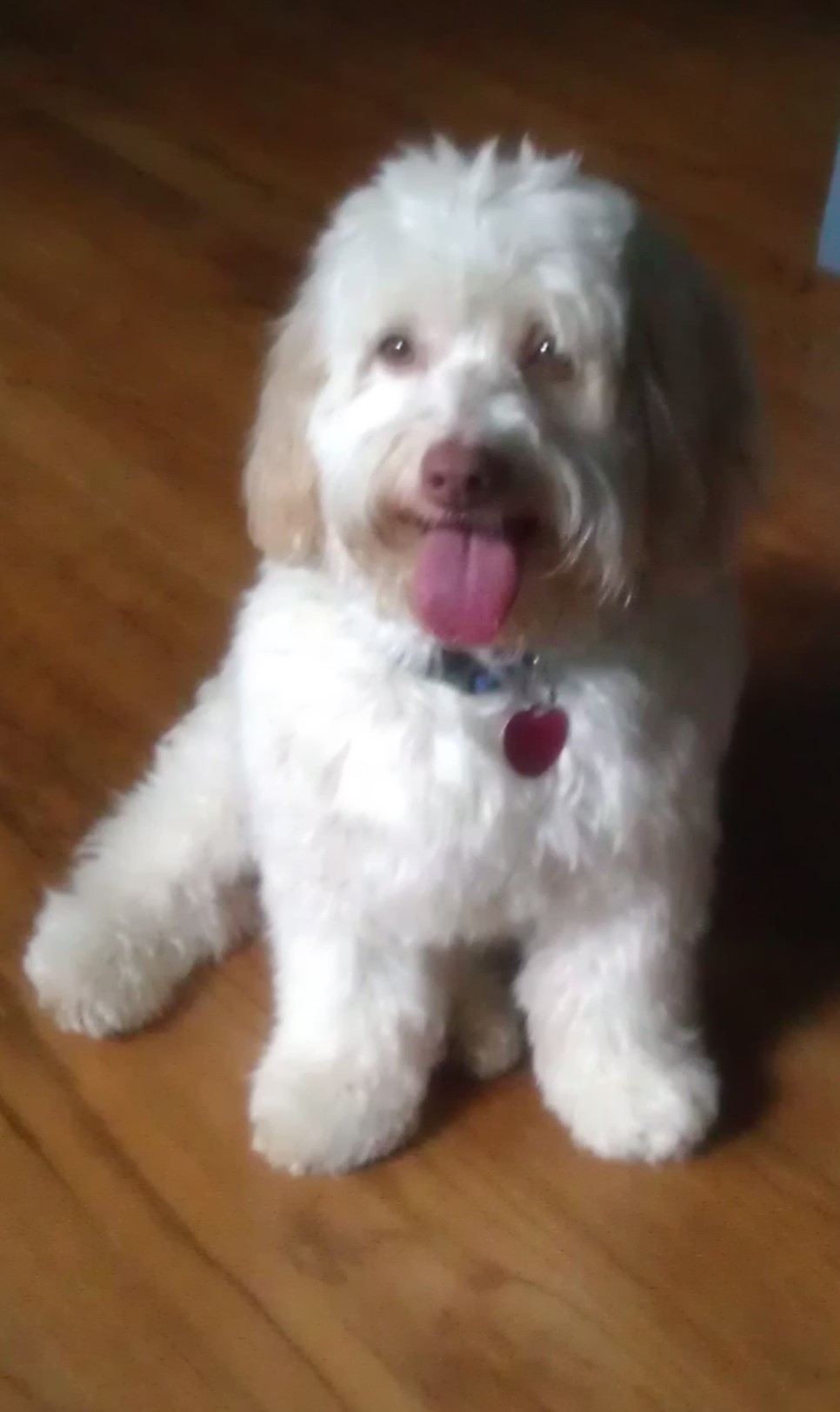 From the Pastor - September 2016 Newsletter Message

Many of you know that Rich and I have a dog named Fynn.  Rich fell in love with this little guy (we think he’s a Cockapoo, but he might be a Bijapoo!) online.  He was up for adoption after his first family faced huge vet bills when he found a “tasty” carcass in the woods behind their home.  Brittle bones are a very bad thing for dogs!  It tore up his insides and required a couple of surgeries and a very long recovery.

His first family took Fynn to the vet to have him put down because he was so terribly sick.  However, one of the vet’s techs took him home and loved him back to health even though she couldn’t keep him forever.

We’ve had lots of dogs, every one of them with a distinct personality.  Fynn is the first one who really plays and always has a ball at the ready.  He and Rich had a special game where Rich would throw the ball on the roof and Fynn would catch it.  Of course, Rich also did his dead-level best to throw the ball without Fynn seeing where it went, but he found it every time.  He runs like the wind, sometimes around and around and around the outside of the house.

About 18 months ago, Fynn started walking into things and panicking – very unlike him – and we learned that he had glaucoma and was losing his sight.  Then, about 3 months ago, he lost the sight in his second eye and is now completely blind.  Every now and then, we have seen him dragging himself, seemingly depressed, and definitely not the normal, bright-eyed, eager dog we know.

I have been amazed at how he has accommodated to his new situation!  We haven’t seen much of that sadness lately.  Oh, he still walks into things sometimes (especially if his humans leave something in a new place!), but he has learned just where to jump up to get on the bed at night, and he has no trouble finding his food and water.  He has taught Rich the route to take when they go for a walk and has limited how far he will go, and he no longer fears going outside.  Much more amazing to me, in the last 2 weeks he has begun throwing the ball up and catching it!

Every day, it seems, another beloved in our RUMC faith family is struggling with something.  Some of our beloved struggle with health issues and can’t seem to catch a break.  Others struggle with money or time or something else that robs them of their joy or peace or strength.  Mental anguish drags us down.

As I’ve watched Fynn, I’ve wondered about how he has found the strength and courage to move on – to not fear walking into the walls or the furniture – even to go outside and run a little bit.  Of course he doesn’t know the scriptures, but you and I have God’s words to hang onto.

Last week I was with one of our beloved who has had a number of health setbacks in the last 3 months and is totally chair-bound.  She is so weary of sitting and being isolated.  Isolation so often breeds depression!  We prayed this scripture together (Romans 8:31-35, 37-39):

31 What then are we to say about these things? If God is for us, who is against us? 32 He who did not withhold his own Son, but gave him up for all of us, will he not with him also give us everything else? 33 Who will bring any charge against God’s elect? It is God who justifies. 34 Who is to condemn? It is Christ Jesus, who died, yes, who was raised, who is at the right hand of God, who indeed intercedes for us. 35 Who will separate us from the love of Christ? Will hardship, or distress, or persecution, or famine, or nakedness, or peril, or sword? 37 No, in all these things we are more than conquerors through him who loved us. 38 For I am convinced that neither death, nor life, nor angels, nor rulers, nor things present, nor things to come, nor powers, 39 nor height, nor depth, nor anything else in all creation, will be able to separate us from the love of God in Christ Jesus our Lord.

We have so much to hang onto when we are going through hard times.  Grab on and hold tight to God’s words!  May they be a balm to your spirit and encouragement for your peace of mind!

Response to State of Emergency 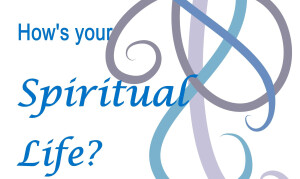